The native red squirrel has played second fiddle to the grey squirrel in British woodlands for a long time now, but there is a shift in numbers happening. After being diminished for so long, the amount of recorded red squirrels is back on the rise, meaning we may get to see one of Britain’s native species on a more regular basis. But what has caused this increase?

Predator and Prey Working Together 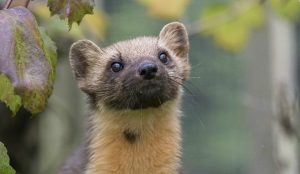 In a bizarre twist of expectations, the reason for the increase of red squirrels is because of the reestablishment of its natural predator: the pine martin. The pine martin is a cat sized carnivore that is part of the weasel family and – as you may have guessed – typically feasts on red squirrels. Curiously though, areas where pine martin activity is high – such as parts of Scotland – the number of red squirrels goes up, rather than down.

Researchers have studied this activity and have found that he natural instincts of red squirrels to avoid the pine martin are giving it an advantage over neighbouring non-native grey squirrels. Due to the dominance of the grey squirrel they spend more time on the ground over lack of threat. However, the reintroduction of the pine martin has made them easy prey. The red squirrels take advantage of this by using their instinctive abilities to evade being eaten. Although red squirrels do still get hunted by their natural predator, the long coexistence of the species means numbers naturally stay steady and sustainable.

What Does This Mean for the Grey Squirrel? 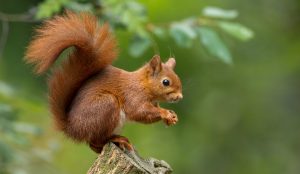 Of course, in the most extreme circumstance this could result in a swing towards endangerment – and even elimination – of the grey squirrel. But this is some way off and there is potential for unforeseen circumstances to prevent this.

Will the Change Be Noticed in the Woodlands?

For now, this increase in numbers is largely focused in Scotland due to the active effort of reintroducing the pine martins to the environment. This will lead to greater chances of seeing both the previously at threat pine martins and red squirrels. For other areas of the country it will likely take similar reintroduction efforts to up red squirrel numbers. Of course, before pine martins can be thrown back into other areas assessments have to be made about the impact in that particular area. But there is a possibility we could see a return of some of the Britain’s native woodland creatures.