In 2017, NHS data revealed that prostate problems in men were on the rise. Prostate cancer is now the biggest male-specific killer of men and now kills more men than breast cancer kills women. But prostate cancer is not the only medical condition associated with the prostate. An enlarged prostate, although not deadly, can cause a myriad of other health conditions if left untreated. Now, a new treatment recommended for NHS availability could improve the lives of men with this condition.

What is an Enlarged Prostate?

The prostate sits at the base of the bladder and near the penis, pressing against the male urinary tract. Around 1/3 of men suffer from an enlarged prostate; the main problem it causes is difficulty passing urine as the prostate increases in size and exerts pressure on the urinary tract. It can lead to sexual problems too such as erectile dysfunction. If an enlarged prostate is not treated, it can potentially lead to long-term health problems too such as water infection, kidney damage and further problems with the bladder.

So far, treatment has been limited to drugs or surgical intervention. However, a recently available treatment – a third option – is now being recommended for NHS patients.

About the New Treatment

The new treatment is called “prostate artery embolisation”. With this method, synthetic beads essentially reduce blood supply through main arteries to the prostate. This causes the offending tissue to shrink. Extensive tests have shown that it works for most patients and it does not involve invasive surgery that could cause complications and reduces instances of impotence.

This new treatment can be carried out in the course of a day, not just without invasive surgery, but with only a local anaesthetic and treated as a day case. Most treatments take only an hour; more complicated procedures take not much longer than two hours. This means patients will not need to be admitted and can go home shortly after completion of the surgery – pending observations by nurses and ensuring all went well at the end. This undoubtedly is a money-saving and resource-saving procedure for an overstretched NHS. A cheaper and more effective form of treatment for any condition is always going to be welcomed.

There is only a small risk of infection but not many cases have gone that way so far. Invasive surgery creates more potential complications. 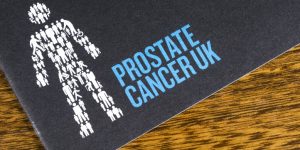 So far, 20 health centres around England presently offer the treatment; Southampton was the first having offered the treatment since 2012. Now, NICE (National Institute for Health and Care Excellence) want it rolled out nationwide and have requested NHS England expands its services to include PAE. Devolved powers in Scotland, Wales and Northern Ireland have their own system but can choose to act on the same advice offered to England.

Reticence for a major rollout could be due to the limited number of studies. Portugal and Brazil have offered the treatment since 2009 but the UK has been slow on the uptake. Two medium-term studies have been carried out on PAE but the results have been largely positive. Over 70% of men reported improvement after treatment – covering both reduced prostate size and improved urine flow.

That’s not to say it’s without its drawbacks. In addition to the small risk of infection mentioned above, it can sometimes be difficult to locate the right arteries leading to the prostate. It is estimated that 10% will fail on these grounds but in those that do, other methods will be recommended.

But its benefits in representing a cost, resource and time-saving measure could mean faster roll out over time. There are secondary health benefits too. Those involved in the trial reported lower instances of sexual dysfunction compared to other available prostate treatments.

We use cookies to ensure that we give you the best experience on our website. If you continue to use this site we will assume that you are happy with it.OkPrivacy policy