Can Too Much Screen Time Really Give You ‘Square Eyes’?

The old adage given by parents to their children is that too much television will give you ‘square eyes’. Most of us accept that this was just a way to get the kids out of the house or to do their homework. But with so much of modern life influenced by screens on televisions, smartphones, and computers it would be useful to know if overexposure to a screen really did cause harm to vision.

Your Eyes Are Constantly Adjusting to a Screen

We’ve all had that feeling 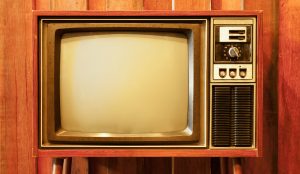 of weary eyes after watching a lot of television or spending all day on the computer and there’s reason for it. When staring at a screen our eyes must constantly adjust to all the changes that happen in front of it. Of course, changes happen in front of us all the time in the real world and our brain must process it, but digital screens have a unique characteristic that make it harder. Smaller unseen changes such as minor flickering, image contrast processing, and glare cause the eye muscles to work harder. Over time this manifests as an ache or heaviness in the eye.

This work can be exacerbated depending on the ability of your eyes. If your wear glasses then having a poor prescription or not wearing them at all will put further strain on your eyes. Additionally, those around 45 and over will find it harder as eyes begin to diminish in their ability to sharply focus.

Should You Be Worried About Excessive Screen Use?

There is no definitive evidence that heavy screen use creates permanent long-term damage, but there is some correlation between the influx of screen-based technology and increase in glasses prescriptions in young adults. The cases of myopia in European young adults has increased by around 20% – to about half – in the last 10-15 years, and around 90% of this age group in Asia – where screen use is much higher – have myopia. Suggesting that the ‘technology generation’ have suffered from heavy screen use. However, it is more likely the reduction in natural light exposure is the cause, rather than screens themselves.

What Can Be Done to Help?

Since screens themselves don’t cause damage to your eyes simple adjustments can help alleviate irritation and tiredness of the eyes. The simplest thing to do is schedule breaks from looking at screens. Whether you’re at work or at home taking just a couple of minutes every half hour 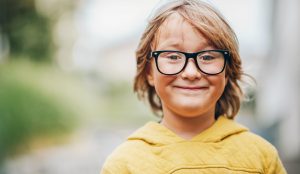 to an hour can give your eyes some much needed rest. It will also provide them with more natural light.

Secondly, if you spend a long time at a desk on a computer you can tweak things to help. Arranging your desk is one step that everyone can take. Make sure your screen is just below your eye level and at a distance that you don’t need to stretch or strain to see clearly. An extra measure to take is to place a stand for printed materials next to the screen, so you won’t have to look down and back up causing more strain on your eyes as they refocus. In terms of the display itself, adjusting the brightness and contrast settings to a gentler glow will help reduce glare and eye strain.

So, next time you’re sitting in your armchair on a TV binge or stuck at your desk, just take a few minutes away every now and then to keep your eyes from going square.

We use cookies to ensure that we give you the best experience on our website. If you continue to use this site we will assume that you are happy with it.OkPrivacy policy